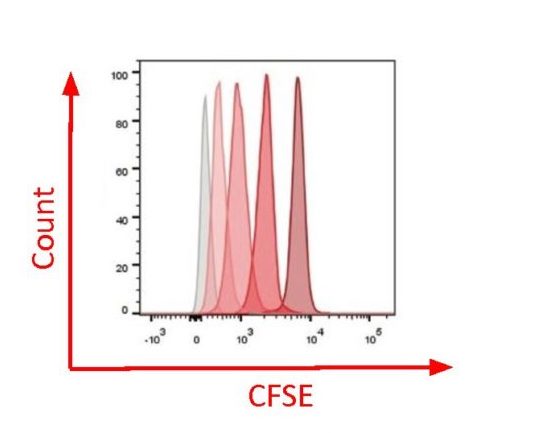 Use of cytoplasmic proliferation dyes:

In order to assess cell proliferation, we utilize cytoplasmic proliferation dye, such as CFSE that are fluorescent chemicals that permeate the cell membrane and covalently blind to cytosolic components. After each cell division, CFSC is evenly distributed between the two daughter cells, which then exhibit half the fluorescence intensity of their parent cell. Cytoplasmic proliferation dyes can be used both in vitro and in vivo. Flow cytometry is the assay of choice as it allows visualization of each round of cell division as shown in the figure. 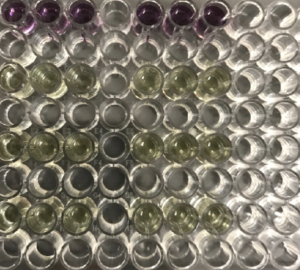 Use of MTT cell proliferation assay:

It provides a screening platform to study the induction or inhibition of cell proliferation in different in vitro settings. We test the drug candidate on relevant cell types in 96-well system using serial dilutions. Readout depends on colorimetric assay, which could be read on ELISA reader accurately.

CONTACT US with any question in the comfort of your keyboard